Jews Should Marry Jews
If you are Jewish, and dating a non-Jew, read this 43-year-old American’s comment to my video on the importance of Jews marrying Jews.
He wrote:
“I agree that Jews marrying Jew is the most important message. My family line ended up non-Jewish because my grandparent’s son did not marry Jewish, and now everyone in the family is not Jewish in two generations.”
Gutman adds:
Look beyond the sensual moment before you get involved and become attached. Do not throw away your 4,000-year-old family for a physical attraction. A central prayer that we say three times a day warns; “Do not follow your eyes and hearts for they will lead you astray.”[i]
[i] Shema Israel, Numbers 15:39
by Reb Gutman Locks on Mystical Paths


Why Marry Jewish? A question that so many young people ask. What happens if you meet someone non-Jewish who you love? What if that relationship is "perfect"?Listen to this compassionate and thought-provoking response from Rabbi Manis Friedman, as he discusses the various aspects of this emotional issue.

in the vanguard said...

Another important issue is the upbringing of children this marriage may create.

Much more important, even critical, in such an intermarriage is when the Jew is the father and the Gentile is the mother. In such a case the children are non-Jewish and the father's seed is cut off from its 4000 year geneology. 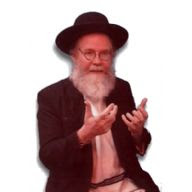 My background is that of a religious Christian. While in Hamburg, I was ordained a pastor in the Methodist Church (Aug.,1975). For three & a half years during my doctoral studies, I was employed as a minister of an English speaking Protestant congregation (June,1976 to Dec.,1979). During this time, I met my German wife (Jan.,1978), whose father and grandfather were very pious Lutheran pastors. Several months after our marriage, my wife and I began to investigate Judaism (Nov. 5, 1978). It took about a year and a half for both of us to reach the conclusion that Torah Judaism fulfilled all the intellectual, academic, spiritual and emotional truths for which we had been searching (Feb.,1980). After withdrawing ourselves from the church and leaving the ministry, both my wife and I began our conversion process which took three & a half years and finally culminated with us traveling to Frankfurt-am-Main and converting to orthodox Judaism (May, 1983). 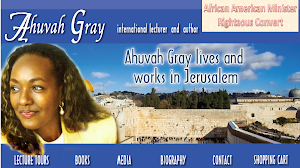 I served as a Christian minister in the African American community both in Chicago and Los Angeles for 14 years. I left that world in 1996 to fulfill my spiritual yearnings and to become a Jew. After visiting Israel 14 times in five years, I presented myself before the Jerusalem Beis Din-rabbinical court- as a candidate for conversion to Judaism. My halachic conversion process took two years. I identify with the Chareidi-traditional Orthodox-community and have lived my life daily according to the mitzvos of the Torah since 1996. I presently reside in Bayit Vegan, Jerusalem and pray at the Gra shul every Shabbath and festivals.

A Pastor's Story of Conversion

VIDEO MORRISTOWN, NJ — This June, it will be 10 years since Yaakov Parisi, 60, was born. Before that, Yaakov, the Hassidic Jew, the citizen of two countries, didn't exist. In his place was a Christian pastor leading a life different in many ways from that Parisi knows now. In June of 1998 is when Parisi finished his religious conversion before a Jewish court in Denver. He moved to Israel, worked as an engineer and put his past — preaching fringe religious beliefs in the Bible Belt — behind him. A few months ago, Parisi met with the rabbi who oversaw his rigorous year-and-a-half conversion in Denver, and the rabbi said it was time to tell his story 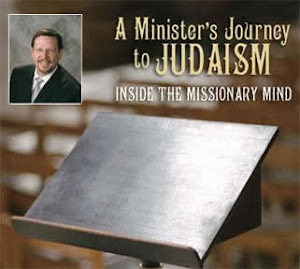 Zechariah 8:23 G-d states this through the prophet:

"This is what the LORD Almighty says: "In those days ten men from all languages and nations will take firm hold of a Jew by the hem of his robe and say, ‘Let us go with you, because we have heard that God is with you.’"

Does this mean that a Jew will take the skirt of a nonjew be it a christian, muslim, messianic christian, buddist, etc to follow their faith/religion? I think not.

O LORD, my strength, and my fortress, and my refuge in the day of affliction, the Gentiles shall come unto thee from the ends of the earth, and shall say, Surely our fathers have inherited lies, vanity, and things wherein there is no profit.

NEXT SHABBOS IS IN ISRAEL! BZ'H 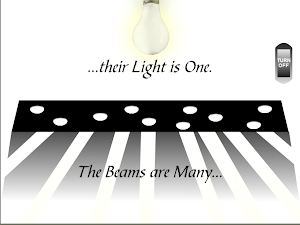 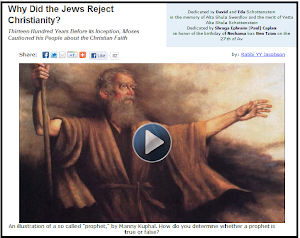